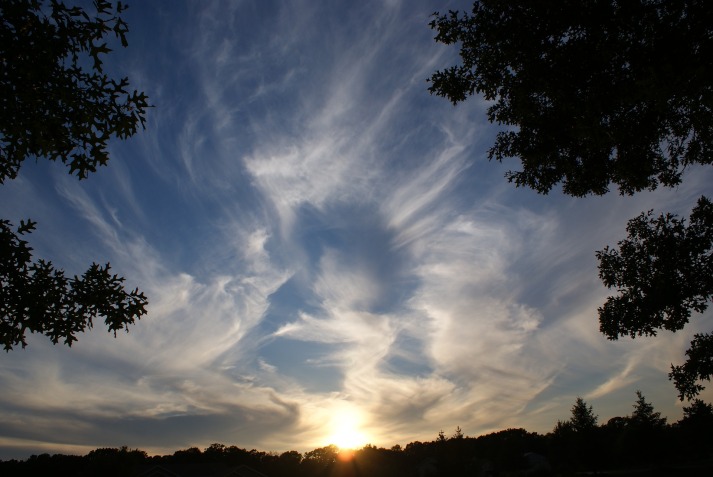 I was still catching Zzzzzz’s at 6 a.m. when the phone call came from my dear old ‘Miss Priss.’

“Can you take me to the hospital?” Priscilla’s voice sounded muffled. “I’m dizzy, and my left side is going numb.”

“Give me a minute,” I said. “I’ll be right there!” I breathed a prayer for Miss Priss, as I shimmied into my clothes. Then I ran out the door.

These stroke-like symptoms were nothing to sneeze at! I was scared for Priscilla. She was a brand new client, but from the moment I laid eyes on her, I’d loved Miss Priss…a blue-eyed Angel with a halo of white curls.

When I first saw her, she was standing in the doorway with her little whippet dog peering between her legs. “Oh…” I gasped. “You look like an Angel…an absolute Angel!” Then I’d ducked my head, embarrassed at myself.

Miss Priss didn’t mind my strange interjections. We were soon great friends—but her whippet-dog, Carmella, wasn’t so sure of me! Carmey had issues. She’d been rescued from an abusive home, and she now owned Miss Priss without question—and was very protective of her!

But then came the emergency call at 6 am. I had to get Miss Priss to the hospital post-haste! The whippet-dog, Carmella, was distraught when I arrived at Priscilla’s door.

“Poor little Carmey! She’s so upset!” Priscilla said. “She saw me slapping myself—trying to get rid of the numbness in my arm and leg. And now she doesn’t know what to think!” Priscilla’s sky-blue eyes clouded over like they were about to rain. “I really need to get to the hospital!” she said. “We’d better go right this minute!”

I hustled her to the car, and sped toward the hospital. We needed a miracle for my dear Miss Priss. Her symptoms weren’t good. I feared she had a major stroke coming on.

The medics at the Emergency Room were efficient. Soon after arrival, Priscilla was whisked away into the white abyss of the Hospital’s “great beyond”. And I was left alone…..

I breathed a sigh of relief and was just starting to relax when my cellphone rang again. It was more trouble-in-the-making. Another client needed my help!

I hurried to help with the latest crisis, after promising the hospital attendant that I’d return later to check on Priscilla.

Emergencies seemed to be the order of the day. I spent my morning rushing here and there—helping people left and right. By the time I was done, I seriously needed a break. I also needed time to say a prayer for my angelic Miss Priss.

I noted that right down the street, a Meeting was going on…A “Ladies’ Prayer-n-Praise-Meeting” was underway at my local Church. So I went there and eased into a seat.

Now folks—if you don’t believe in the Supernatural, you might as well stop reading right now—because you simply won’t believe what happened next.

In the course of the Meeting, I felt inspired to stand up and gave a testimonial about various Miracles in my Life…How the Good Lord has protected me through dire situations…Times when I should’ve died, except for the divine intervention!

When I was concluding, I was interrupted by a voice from the back of the room.

A young woman jumped to her feet—a humble, but gifted young woman—who hears from the Lord in unusual ways. “I have to tell you something!” she said. We all stared at her, startled…But she was too excited to care.

“While you were speaking, I saw a figure standing behind you. I couldn’t see his face clearly because he was glowing, but he was dressed in shining white.” The young woman was nearly in tears. “His arms were stretched out toward you! He…he was very tall! His head almost touched the ceiling. The Lord let me know that it was your personal Guardian Angel!”

Everyone else was astounded, as well, and the room was abuzz with chatter and exclamations. The day was turning out to be exciting, indeed! An angelic visitation at the Ladies’ Meeting? Are you kidding?

Later, when I talked to the gifted young woman, she said: “I’ve seen a lot of unusual things, but only one other time in my life have I seen an Angel standing behind somebody! I took a picture with my cellphone. The Angel was visible when I showed the photo to someone else—but then the camera refused to save it and the picture disappeared.”

The young woman’s eyes glowed at the memory of what she had just seen. “I can assure you of one thing,” she said. “That Angel behind you, today, was very real!”

Well, folks…I have to tell you. I just about ‘floated’ out of that Ladies Meeting—feeling refreshed and so much better than when I’d arrived!

Later that afternoon, I returned to Priscilla at the hospital, she too looked refreshed and rejuvenated. It turned out that her diagnosis wasn’t nearly as dire as we’d feared, and surprisingly, she was allowed to go home that very evening!

I helped check Priscilla out of the Hospital and drove her home at sundown.

Carmella, the whippet dog, was overjoyed to see us arrive back home safely. She cried and made a fuss over Miss Priss like she hadn’t seen her in a year.

The setting sun cast a golden sheen upon the world, as I settled Priscilla into her home. I made her a cup of Lipton and the two of us sipped tea as the sunshine melted into dusk. It had been a long and eventful day—filled with craziness….fear, hope, and surprises!

I reflected upon the irony of it all. Today, I’d been sent to help my white-haired angel, Priscilla, and several others. In return, my own Guardian Angel had made an appearance! Would wonders ever cease?

Life is odd sometimes, my Country Neighbor—and quite unbelievable! Reality is much stranger than fiction!…a fact that Miss Priss, herself, never doubts!

And so it was, folks….when I told Priscilla about the events of my day and the appearance of my Heavenly Guardian at the Ladies’ Meeting, she didn’t seem shocked, nor surprised. And why would she?

Miss Priss has no trouble believing in Angels. None at all.

It’s only natural, you see. Angels always believe in other Angels….!