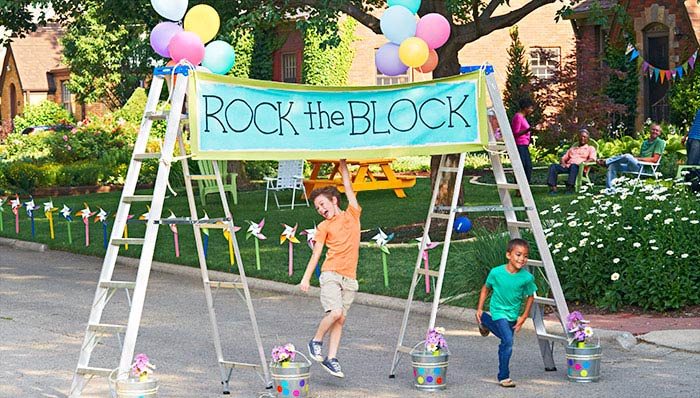 “We’re going boating,” said my grown-up kids in Kansas City.  “Then later—we’re going to have a ‘Block Party’ with the neighbors!  You wanna come?”

Boating sounded fun…But a block-party in KCMO?  I was dubious.  I don’t like Kansas City—or any city for that matter!  I’m a country gal to the core, and I just don’t DO cities!  But for my kids’ sake, I decided to go. I regretted it almost immediately.

The kids and cousins took me to a nearby lake.  We set out across the water—all seven of us in a sickly little boat called the “Tan Turd.”  It soon lived up to its name.  Within a minute or two, the boat started acting stinky.  Smoke poured from the engine and it had to be shut down.

What now?  There we were in the middle of a lake with big boats roaring by…Sophisticated boats with fancy folks staring at us.  We sat in our pitiful little boat…Sitting there like a—

Well—like a Tan Turd floating in the Liu. It wasn’t amusing.  In fact, it was downright dangerous!

Lacking an emergency flag, we grabbed a pair of bright red undershorts and hoisted it as our flag of distress.  Then somebody opened up the picnic basket and pulled out our sandwiches.  We had an impromptu picnic while the fancy boats roared past just yards away.

Eventually we were rescued and pulled to shore…The little Tan Turd with its sunburned crew beneath our iconic emblem:  a pair of bright red skivvies.

The kids were not in the least discouraged over our failed boat-ride.  “And now…” they said as we headed back to the house.  “It’s onward to the Block Party!  It’s gonna be the bomb.”

Oh yay.  I couldn’t wait. I’d never been to a block party in my life.  We just don’t have them in the country.  I had no idea what to expect.

The celebration was already underway by the time we got back to the house.  The street had been blocked off.  People were milling about aimlessly, but they soon became more organized.

A crowd of folks got into the middle of the street and began struttin’ their stuff. Music blared.  People gyrated and shook and shimmied.  They pranced and bucked.

It was quite a ruckus. I was mystified.  But the kids and cousins were thrilled.  “Isn’t it great?”  they said.

Great indeed!  It grated on my nerves greatly, but I didn’t say so.  I just smiled and nodded and tried to blend in as best I could.  It wasn’t easy.

They soon brought out enormous piles of food and lined tables with it.  Burgers and brownies.  Bowls of pasta salad and potato mush.  There were flies flitting here and there, sampling the free food along with everyone else.

A very pregnant woman was piling food on a plate—puffing away on a cigarette, sprinkling ashes everywhere—improving the flavor considerably, I’m sure.

I declined the sumptuous fare and ate a little fruit.  I was feeling overwhelmed.  But the party had hardly begun.

Darkness was falling, and out came the fireworks.  The night became a jumble of explosions and blinding flashes of light.  Sparks flew and I retreated to the house to cover my ears.  It was there that my kids found me sometime later.

They arrived with bad news.  “Your car got damaged!” they said.

I ran outside, distraught.  In the dimness, I could see the hole in my windshield.  A golf ball was embedded in the glass.  Everyone gathered around me, apologizing and exclaiming.

With dismay, I probed the glass carefully with my fingers.  A second later, I peeled back the sticky tape on the “embedded golf ball”.  It was a prank…and a very bad one, at that!  But I didn’t say so.

They burst out laughing—all the silly city kids and their cousins. “Well, we thought you must be getting bored.  You needed a little excitement!”

Indeed.  A little excitement.  I hadn’t had enough for one day.

It wasn’t long before I was heading back to the Barada Hills, feeling much relieved.  I had fulfilled my duty as the Mother of my “cityslicker” children.  I’d done what I had to do. But I had one question at the end of a very long day:

“Why—oh why—can’t my kids be more like their Country Mama…!”